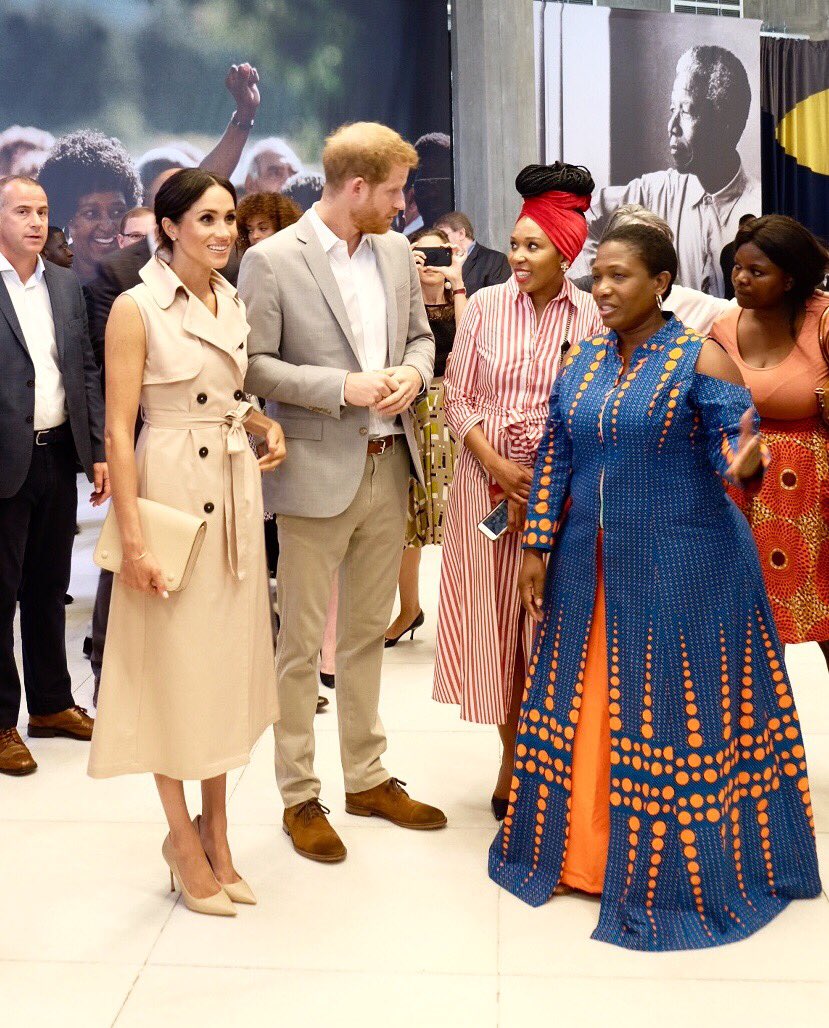 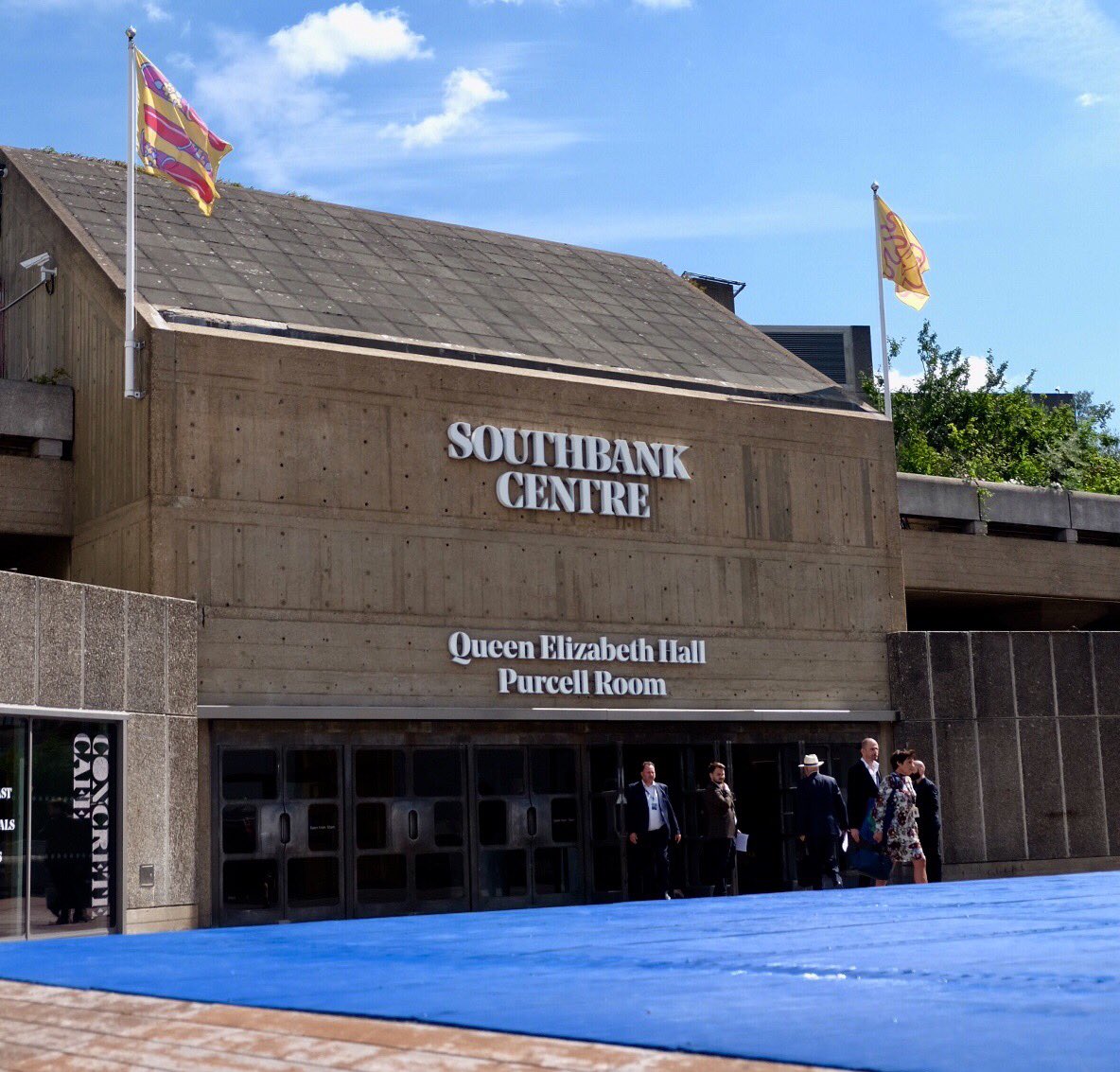 The Duke and Duchess of Sussex visited the exhibition at London Southbank Centre’s Queen Elizabeth Hall, commemorating Nelson Mandela’s 100th birthday. The Prince wore a gray suit while the Duchess was donned in a pale pink sleeveless jacket dress from House of Nonie. 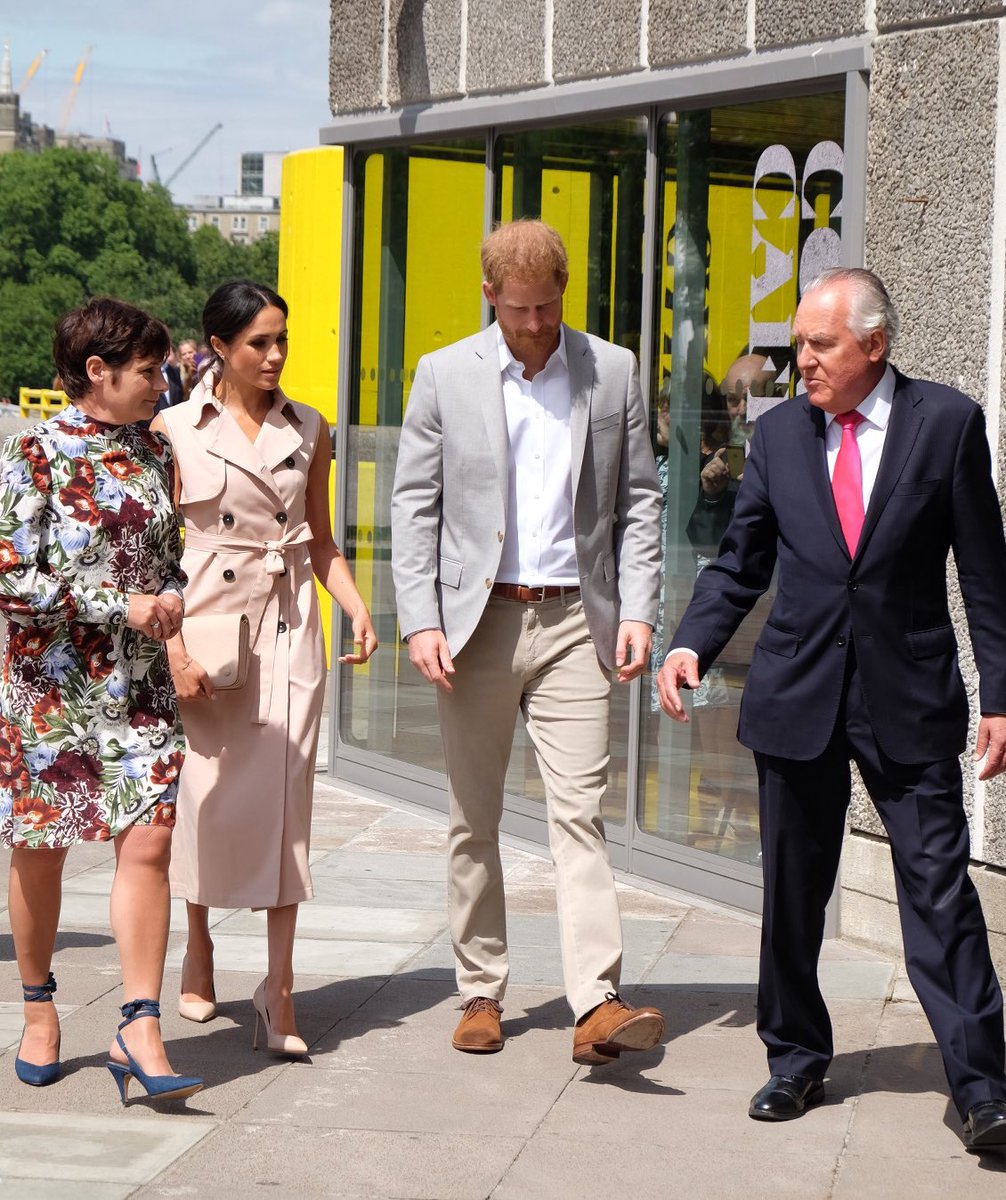 The Royal couple spent 45 minutes viewing the collection and then met with Mandela’s granddaughter, Zamaswazi Dlamini-Mandela, 39. She gave the couple a warm welcome, saying, “(Harry and Meghan) are from a family that has a legacy themselves but by supporting Nelson Mandela’s legacy it will have a huge effect throughout the world.”

“Our families have a great history and a shared legacy together and it’s important as us young people to make sure we carry that legacy forward,” she added.

Help us tell more of the stories that matter from voices that too often remain unheard. 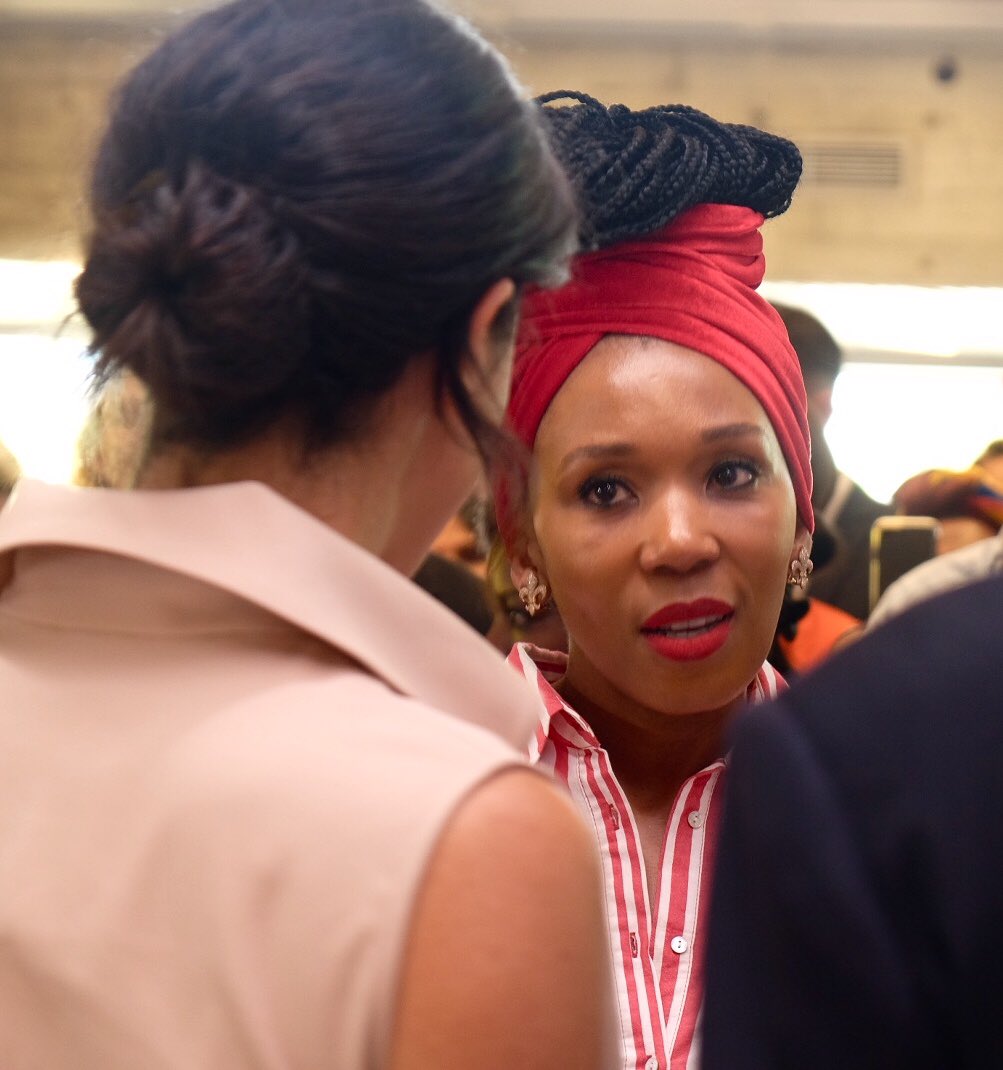 Zamaswazi Dlamini-Mandela herself was only one year old when her grandmother smuggled her to Robben Island in 1980.She now works as an entrepreneur and a a public speaker, while also running a luxury fashion brand called ‘Swati by Roi Kaskara’. Addressing the Royal couple’s warmth, she said that their take on ‘justice and fairness in the world makes them a shining example for the youth of today’. 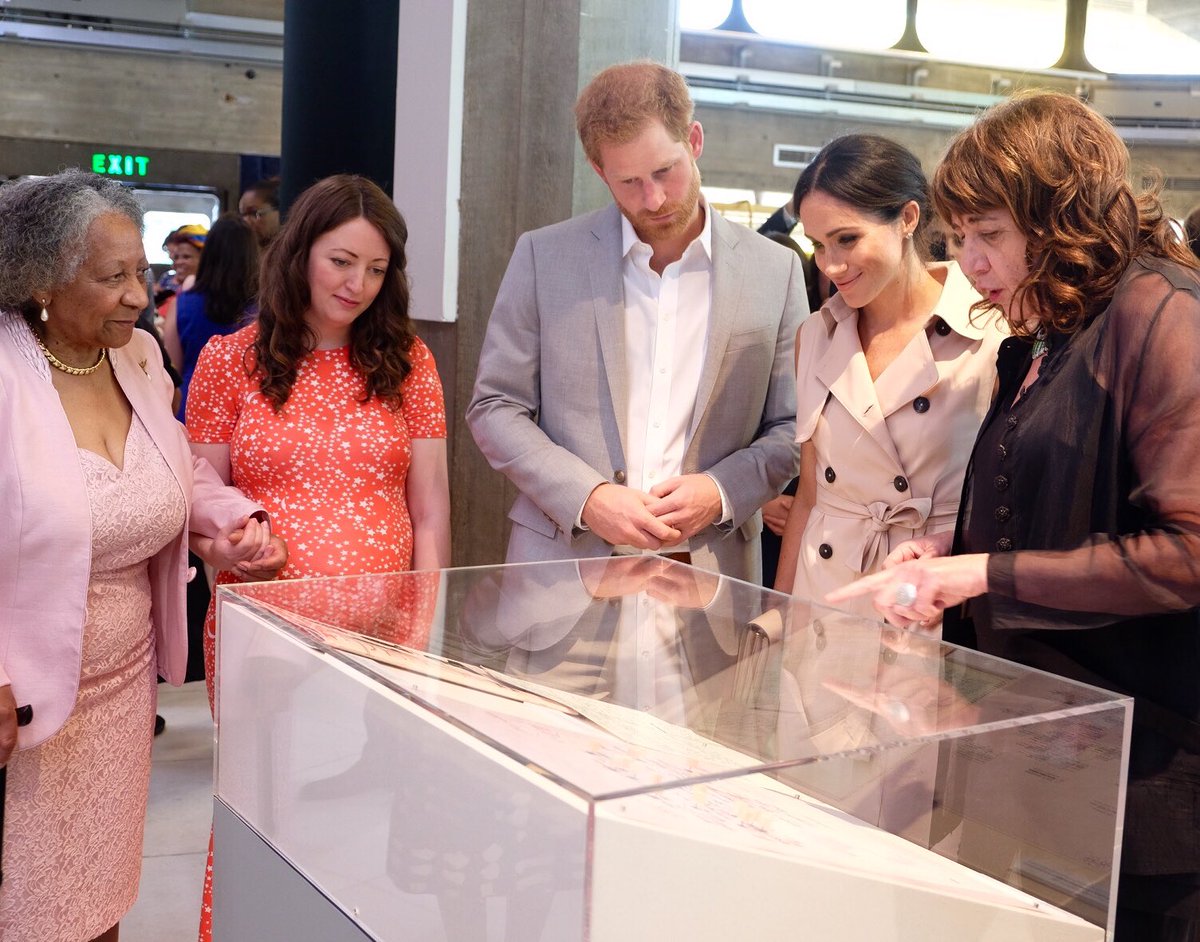 The two looked at artifacts from the icon’s life. (Image source: Twitter/Kensington Palace) 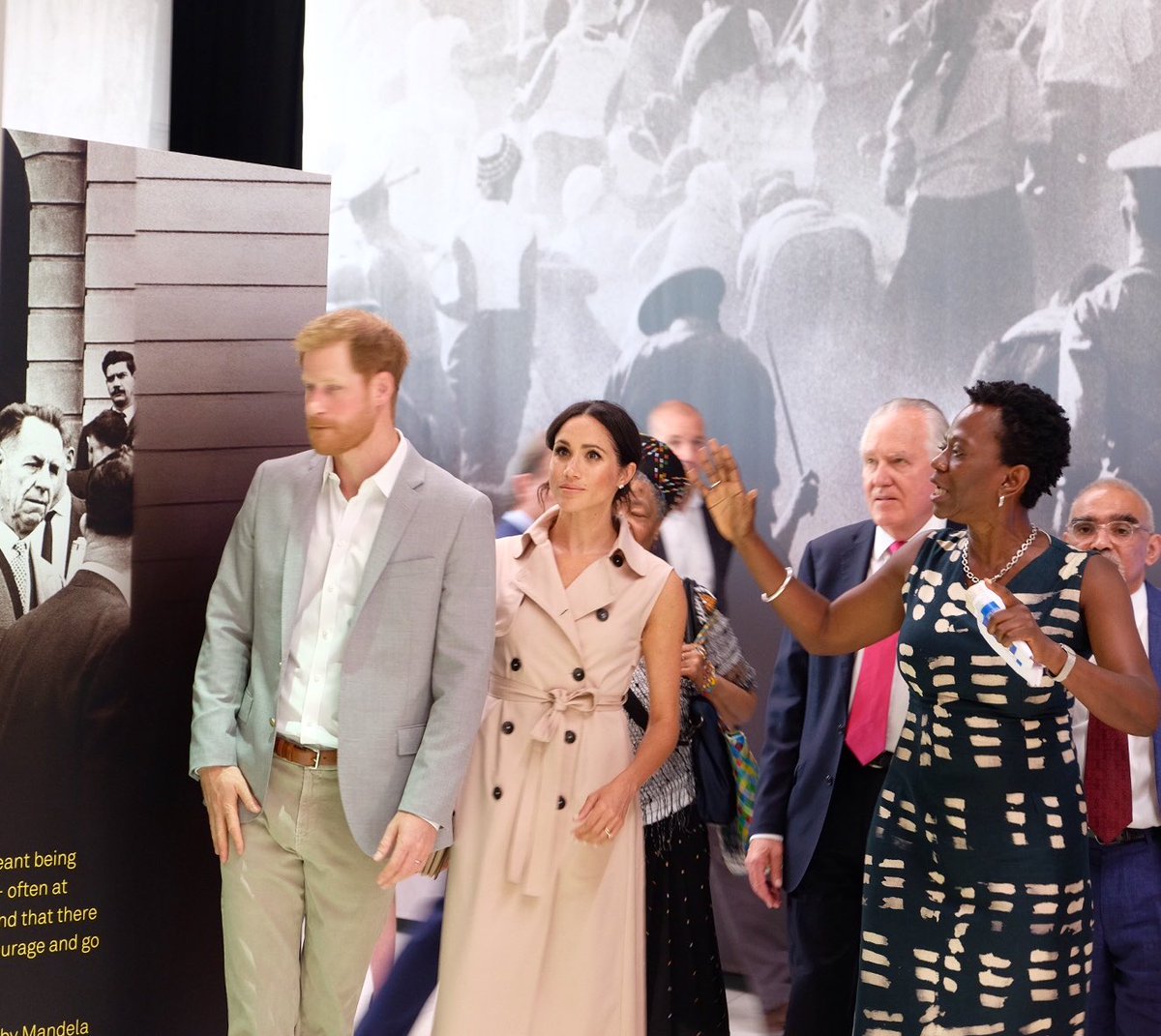 They were warmly welcomed and appreciated for their support. (Image source: Twitter/Kensington Palace) 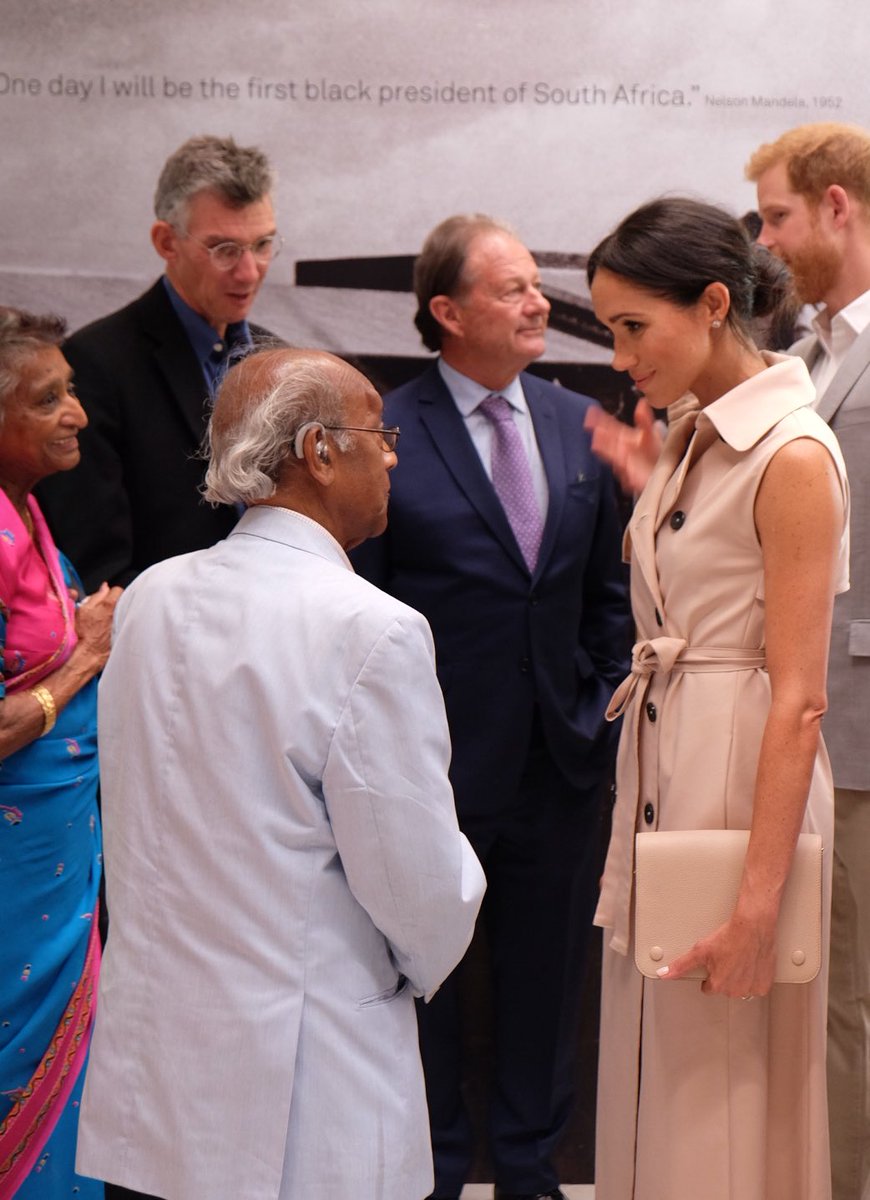 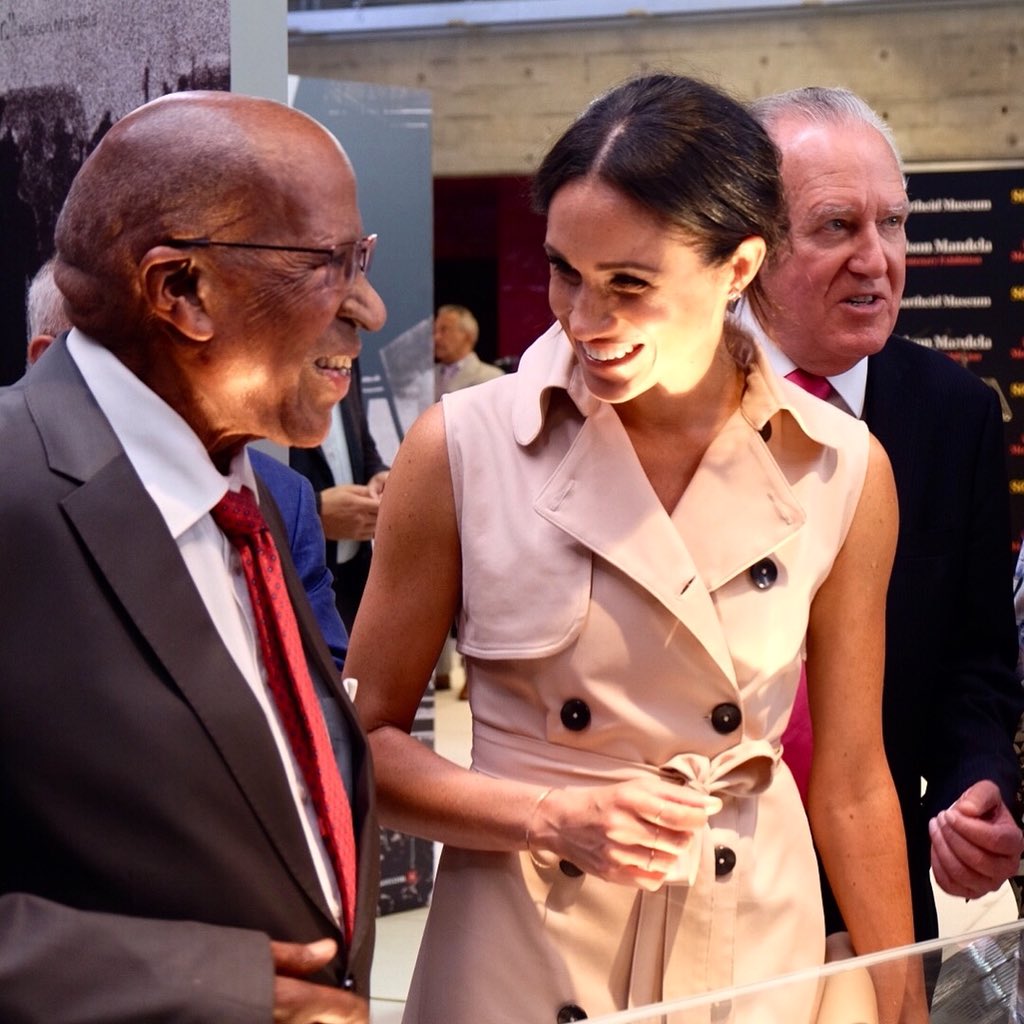 Duchess Meghan was radiant as she interacted with people. (Image source: Twitter/Royal Family)

Former anti-apartheid campaigner, Lord Peter Hain, also welcome the couple and their support. He said, “The Mandela Centenary Exhibition at Queen Elizabeth Hall, which is free to visitors from July 17 to August 19, will depict the anti-apartheid freedom struggle and Mandela’s vision of a non-racial rainbow democracy based upon justice, equality and human rights. We are delighted the duke and duchess will be supporting it.”

The exhibit, which opens to the public today, is curated by the Apartheid Museum in South Africa, the British Anti-Apartheid Movement Archives, and the Southbank Centre. This is the first time the exhibition is being shown in London, while it has successfully had several shows around the world. 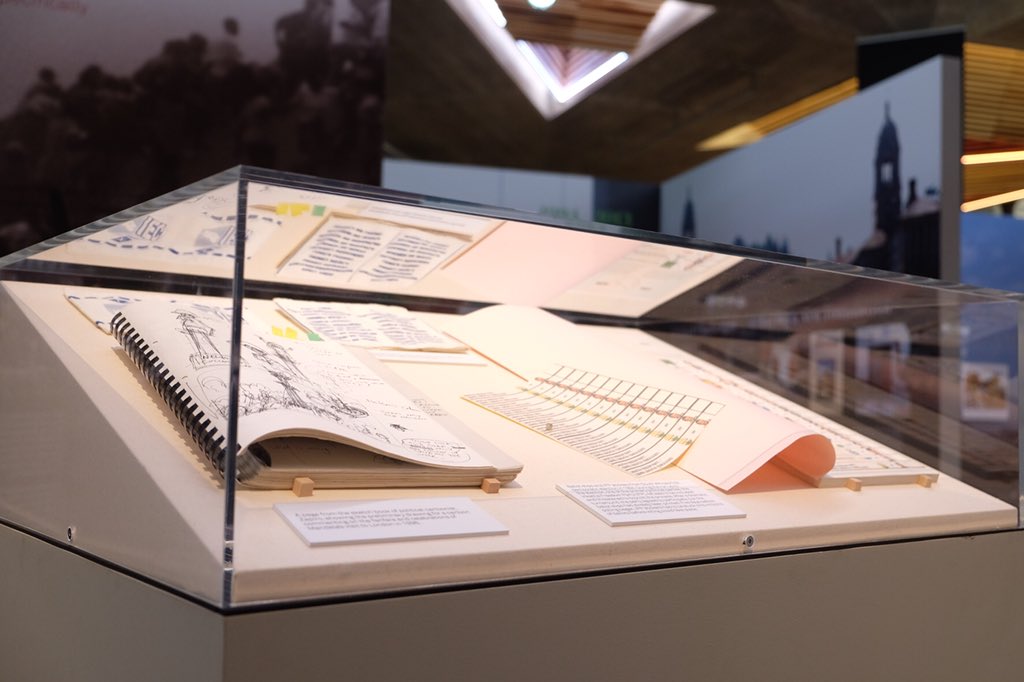 It also includes a letter he wrote to the British public. (Image source: Twitter/Kensington Palace)

It traces the anti-apartheid hero’s life: his freedom-fighting days, him becoming the president of South Africa, and his life in prison. It has six themes: Character, Comrade, Leader, Prisoner, Negotiator, Statesman, and also includes a program with artifacts, photographs and video recordings from Mandela’s lifetime. Among the items is a letter he wrote to the British public in April 1990, when he attended a concert held in his honor, thanking them for their generosity. 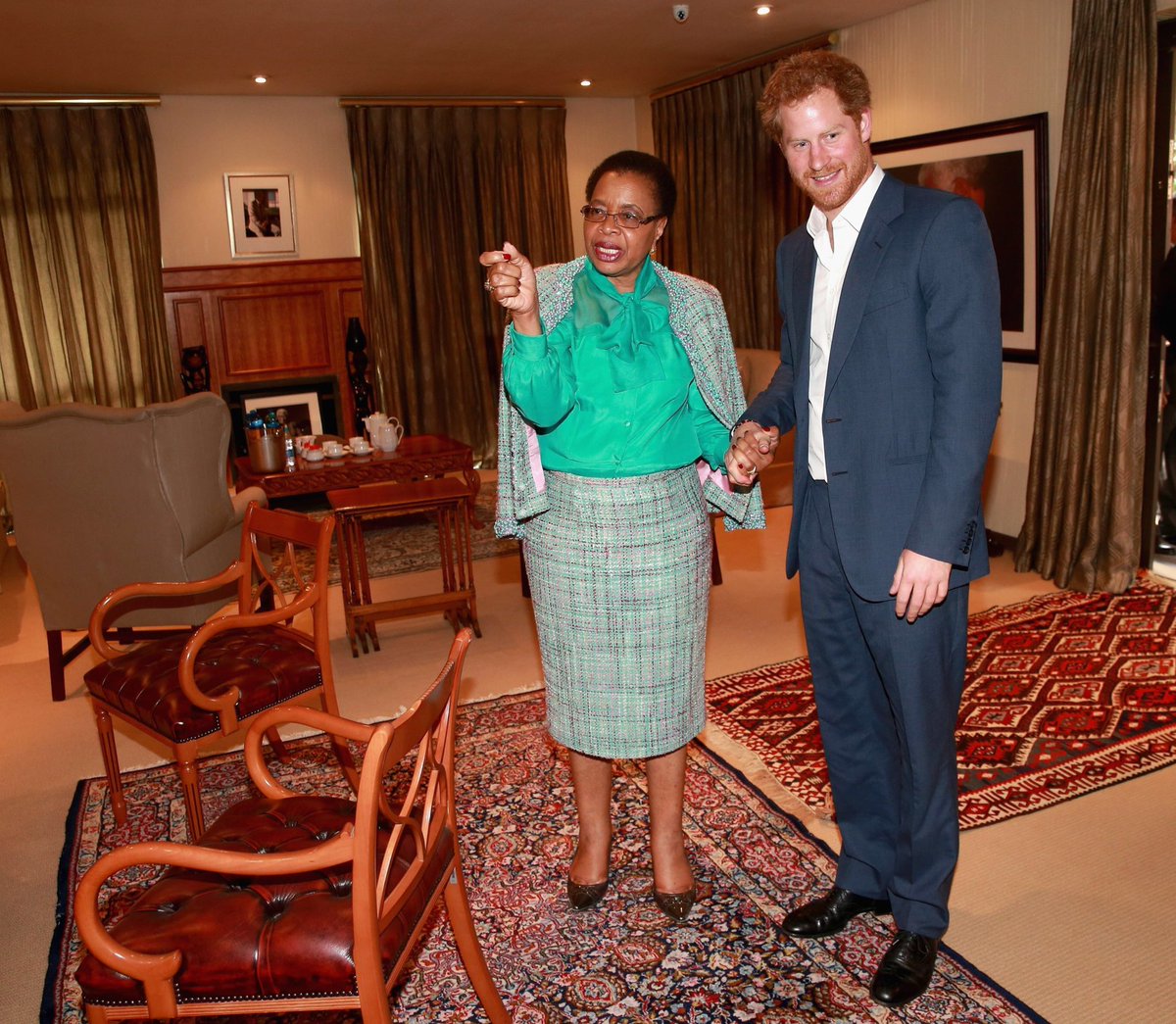 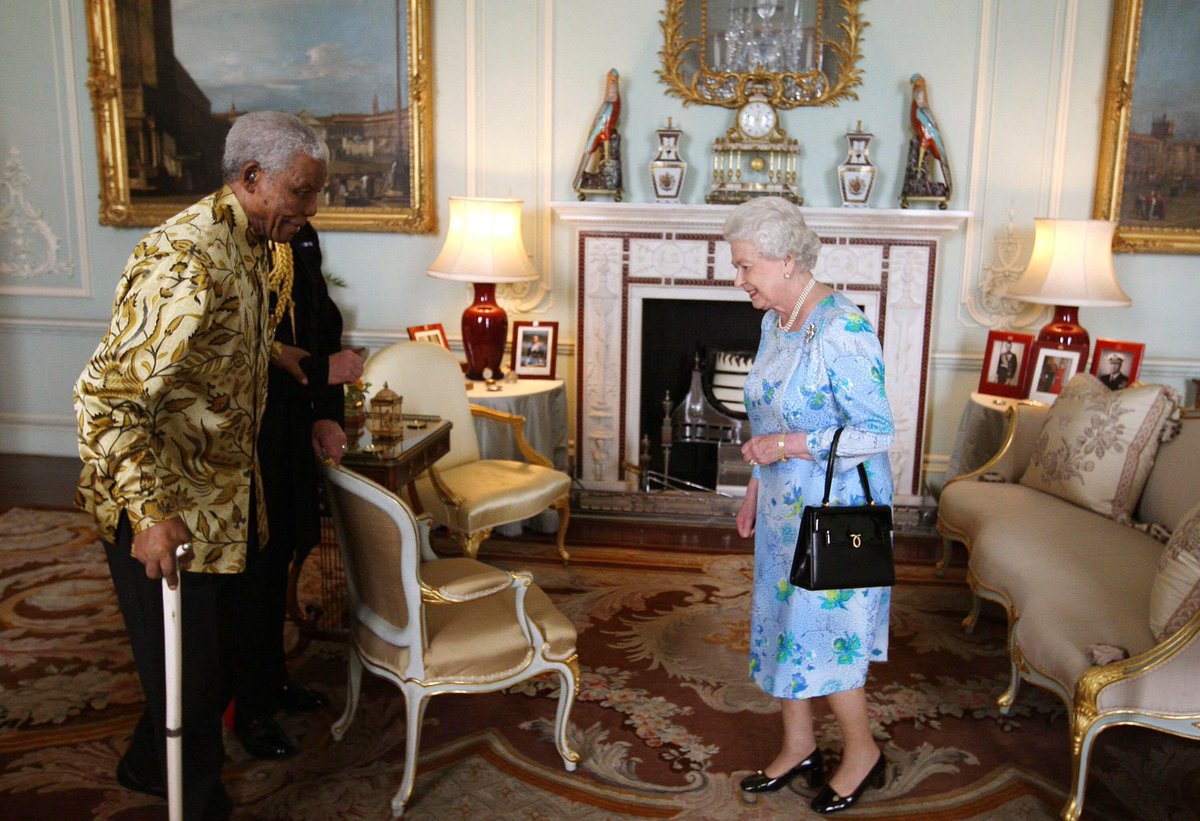 The Queen has also met Mandela many times.


We pay for your stories! Do you have a story or video for the Journal Post team? Email us at [email protected]

We pay for videos too. Click here to upload yours.

Celebrity
Gigi Hadid Confirms She and Zayn Malik Are Back Together

Celebrity
Sophie Turner and Joe Jonas Are Expecting Their First Child Together!

US News
President Donald Trump Speaks Out After Impeachment Acquittal

Celebrity
Taylor Swift Reveals Her Mother Has A Brain Tumor